Plastic pollution in the oceans is a well-documented problem, with the World Economic Forum suggesting that by 2050 there may well be more plastic than fish in our oceans.

But how did that plastic get there in the first place? While some plastic might be dumped in the oceans like fishing nets and domestic waste from boats and ships, for the source of the majority of oceanic plastics we actually need to look inland.

The IUCN estimates that 80% of oceanic plastic pollution comes from land-based sources, with urban and stormwater runoff being one of the major problems.

When it rains, stormwater runs down our streets, collecting plastic debris as it goes. This contaminated water often ends up in our rivers and is a major source of oceanic plastic pollution. It’s estimated that 1.15 to 2.41 million tonnes of plastic waste in the oceans originates from rivers. In North America, the seasonal input of plastic waste in rivers peaks between June and October.

Once plastics enter the oceans, it never truly disappears. As large “macroplastic” items like bags, water bottles and straws break down and degrade into pieces smaller than 5 mm in size, they become known as “microplastics”.

What can individual businesses do to reduce their impact? A two-pronged approach is the most effective way to reduce plastics in stormwater. First, focusing on ways to remove plastics that are already in our waterways, and secondly taking concrete actions to reduce and prevent new plastics from contaminating stormwater in the first place. The chosen approach will vary depending on each type of business but the good news is there is plenty of innovation in this sector.

With a huge amount of plastics already in our waterways, one strategy is for businesses to work towards filtering and removing this before freshwater continues on its journey to the ocean.

Microplastics can enter stormwater from a wide variety of sources, including tires and road wear, laundering clothes, footwear, sewage sludge, granules from artificial turf surfaces, and when larger macroplastics break down. Microplastics have also been used in exfoliants like facial scrubs and toothpastes, although their use in these products is gradually being reduced.

Stormwater retention ponds, especially in industrial or commercial zones, contain microplastics. Runoff from highways and urban areas is thought to be one of the main pathways for microplastics entering waterways. Filtration using either sand or biochar is being investigated as a potential way to remove microplastics from water before it continues downstream.

Adjustments to stormwater management techniques can also help to slow the flow of stormwater towards the oceans and remove pollutants at the same time. Combining constructed wetlands placed after wastewater treatment plants (WWTP) can be an effective way to remove microplastics.

Many stormwater drains have a metal grate that prevents large plastic items from traveling further downstream. But smaller items including plastic bottles, straws, and food packaging easily travel through these grates.

The use of end-of-pipe nets designed to capture macroplastics down to 5mm in size is becoming an increasingly popular solution. Companies like Storm Water Systems design nets for large diameter stormwater drains that can then be emptied using a two-man crew or a truck mounted crane.

First flush storms often carry a significant amount of plastic pollution and if this isn’t collected as near to the source as possible, it often ends up in our oceans. Case studies indicate that there’s a strong link between increased rainwater levels and higher amounts of plastic trash moving downstream.

End-of-pipe nets are designed with built-in overflows to prevent flooding and can cope with powerful stormwater incidents. Other solutions are also available, with floating booms collecting debris on lakes, and litter traps for smaller waterways.

The next stage is implementing a circular economy to work towards the majority of plastics being recycled or reused. This will drastically decrease the amount of plastic ending up in stormwater, which then makes its way to the ocean.

B2B single-use plastic pallet wraps are a common choice for the stabilization of products during transportation. This technique, while very effective, leads to an estimated production of 5-6 million tonnes of plastic pallet wrap being produced every year. Inevitably, a portion of this ends up being disposed of incorrectly. Currently, only 14% of plastic packaging is recycled, leaving the vast majority as a potential stormwater pollutant.

Many companies have already started investigating more sustainable B2B packaging like lid and strap systems to secure pallet loads. Another choice is to use reusable pallet wrappers, such as those offered by Reusa-wraps and Envirowrapper. Companies like Coca-Cola, Aldi, and Budweiser have already transitioned to the use of these types of systems.

For consumer-facing packaging, switching to compostable and biodegradable options is a viable way to reduce a company’s environmental impact.

The company E6PR creates compostable six-pack beverage rings designed to replace the common plastic variety which can be incredibly harmful to wildlife. These are being trialed by a range of beverage companies worldwide including Corona, Guinness, and Drink Simple.

Companies are starting to rethink their approach to the use of plastics down to the smallest level. Compostable Price Look Up (PLU) stickers for apples are being rolled out by New Zealand producers to replace the plastic stickers used previously.

Tackling plastic pollution at the source

With consumers now becoming more and more aware of the impact of plastic pollution, companies can show their commitment to environmental issues in a concrete way by taking affirmative action to reduce the amount of plastics in stormwater. 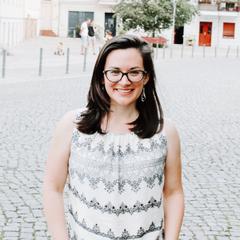 Megan is the CEO of MTC | The Content Agency. As CEO, she’s in charge of making sure the team fulfills client project expectations and everything runs smoothly. As Lead Strategist, her strategy background is provided on all projects – LinkedIn Marketing, SEO, Content Strategy, and Content Writing. Based in Berlin, Megan enjoys long bike rides around the city.